The bridge-dam of Melide, designed by Pasquale Lucchini, was built from 1844 to 1847 initially to connect only by road the two shores of Lake Lugano between Melide and Bissone in Canton Ticino through the State Road 2 (Chiasso-Giebenach). In 1874 it was crossed by the Gotthard Railway, which connects Chiasso to Lucerne. In the second half of the 1960-1970 decade the A2 Basel-Chiasso motorway was built. The bridge is built on a natural moraine that approaches the other shore and is crossed daily by 77,000 vehicles.

It was built by the engineer Pasquale Lucchini (1798-1892) of Gentilino. The importance is enormous for communication and connections since, in the past, Lugano could only be reached from the south from Porlezza or Ponte Tresa, while in Melide there was the point of embarkation for the ferry to Bissone. In this way the connections with the Mendrisiotto and the Como area have been much improved.

On the splendid lakeside promenades, which range from the Piazza di Melide to the town of Bissone, various information panels have been installed that tell in detail the construction of this important engineering work. 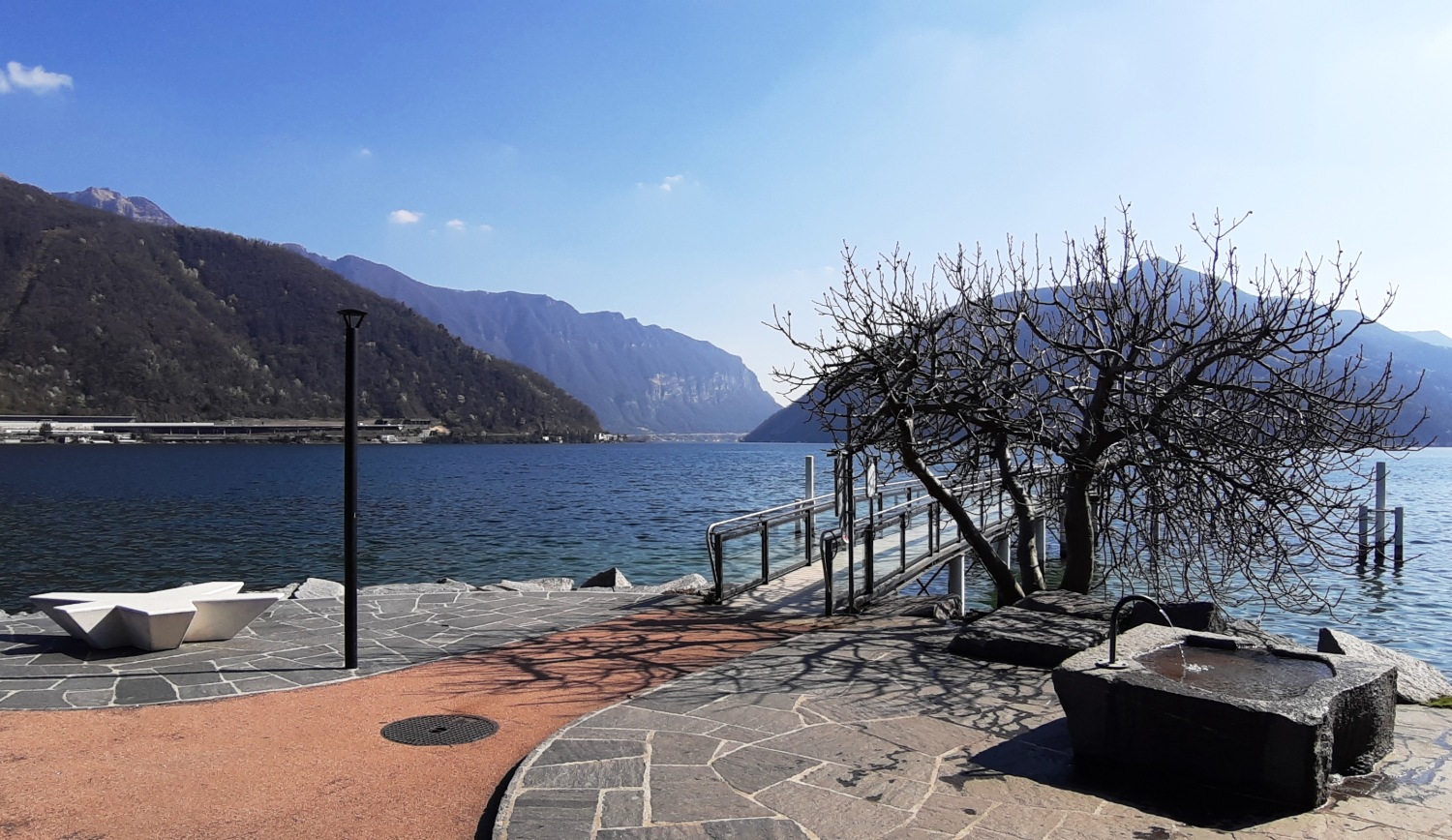 The educational trail on the Dam Bridge, always accessible, is composed of a series of information panels positioned at regular intervals on the beautiful lakeside promenade leading from Melide to Bissone.

The panels show the main events that led to the realization of the bridge, accompanied by a series of historic images unique in their kind.